The Syrinx is a small wooden block panflute.  A nearly complete artifact discovered in Switzerland places this style of wooden block panflute in 1st Century Roman culture.  Another find at Coppergate (Jorvik, or modern day York, England) in the 10th century pit in the excavation, places the same type of instrument in the Viking age.  The Coppergate find was broken, and does not give a real clue as to the form of the missing part, but there are those who theorize that the instrument had only the 5 chambers remaining in the piece found.  Others speculate that the instrument was in complete form very similar to the 7 chambered Switzerland artifact.  And others still believe that the nature of common musical practice at this time would lead to hexachord (6 note) pipes.  One thing is absolutely for certain, with one 5 chamber fragment, one 7 chamber fragment dating from an entirely different era, and a partial 4 chambered fragment as our extant artifacts, we cannot know for sure.  So we offer these small pipes in various tunings and in all 3 configurations.

It would be foolish to imagine that there was only one size, one tuning, one configuration for these pipes, shown below are just a few options.  A talented craftsman could have made these in so many different configurations, we are happy to explore your personal preferences.

We base our instruments on archaeological evidence, historical art and written documentation, but we do not replicate these instruments.  Instead, we choose to take what we know from these sources and our own experience, mix in the imagination of the customer, occasionally add in a drop of technological magic, and create what a Syrinx builder of this era would have created, a unique piece for his client.  So drop us a message or give us a call.  We promise, we won't charge to answer your questions. 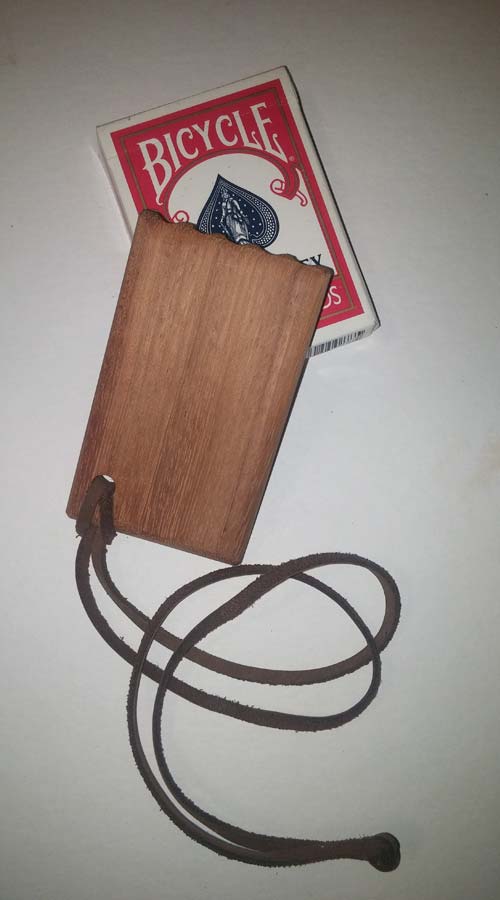 Based on the Coppergate find, this 5 chambered syrinx is tuned A, B, C, D, E.  One of the compelling pieces of evidence for the existence of this simple 5 hole form is that the earliest written Scandinavian song - "Dremt me a Dream", can be played on only these 5 notes.  Again, it is not conclusive, but compelling enough to convince some experts.  Because of this, we offer this 5 hole version, which can be constructed in many different tunings from many different woods, and embellished in many different ways.  A very cool way to always have a bit of music with you wherever you go. 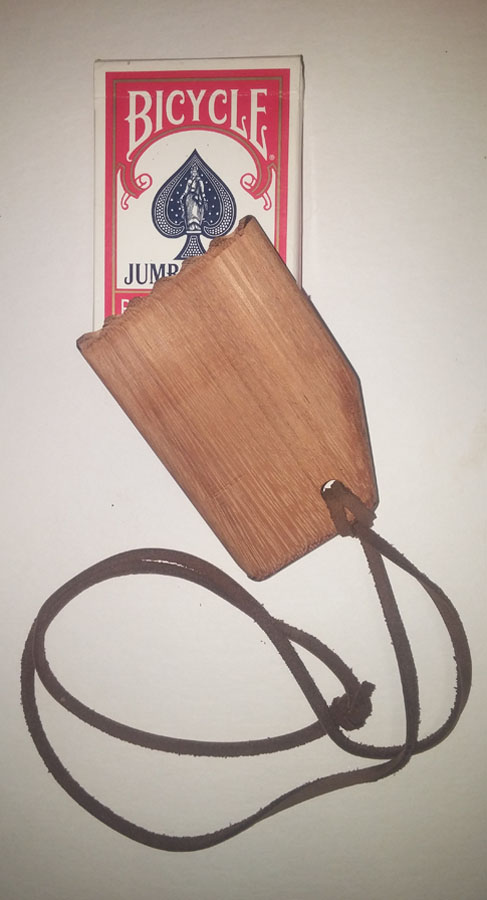 This variant is not based on any actual finds from the period. Rather, it is based on writings involving musical theory, such as the instructions by Hucbald. While the purpose of the music was different, there were many overlaps between the Ecclesiastical and secular traditions of the period. One of these was the use of the hexachord, a six note sequence made of whole tones and semitones, rather than larger intervals such as those making up a 6 note pentatonic tuning. As the hexachord was so prevalent, it would not make sense to dismiss it as an optional basis for the construction of one of these small panflutes. We have also built the six chambered variant in major and minor pentatonic tunings, and within reason can create modal instruments in many other tunings. As far as I have discovered, the 6 chambered variant seems unique to Instruments of Antiquity, but for those who play a 6 string lyre there is little learning curve to it. 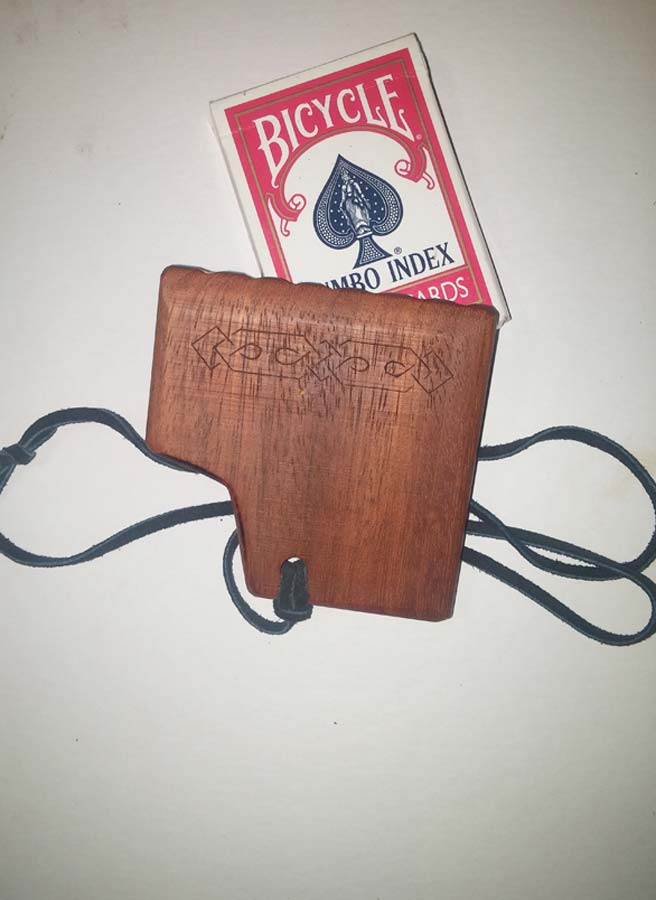 This set of pipes is based on the Swiss artifact.  It is wider than the 5 chamber pipe, but still tuned to the first 7 notes of an A minor scale.  The shape of the instrument allows for an easy grip.  The lower area of the broken edge of the Coppergate find seems to be somewhat finished and angled just a bit, as if the part missing would have completed this shape. The upper note is a bit more difficult to sound clearly, but the additional range allows more performance options.  Also available in different tunings, different woods, a wide range of embellishments.